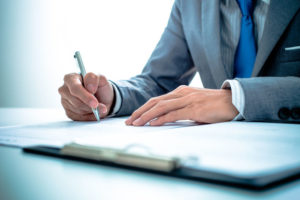 Process servers get assignments that take them all over their local areas. Servers often end up in unfamiliar areas surrounded by nothing but strangers. Add in the frustration that many process recipients express when being served, and it’s easy to see why service of process is considered a risky job. Here are our top six tips for staying safe while working as a process server:

When serving process, you need to know more than just a name and address. Be thankful that we live in the 21st century, where tons of information is available about pretty much anyone and everyone online. Use this to your advantage when researching your service targets before attempting service. By investigating the target’s criminal history, pending charges, known hangouts, known associates, and more online, you can develop a full picture of that person and plan your service attempt strategically.

In addition to knowing as much as possible about the process target, you’ll also want to check out the location where you plan to attempt service. If it’s a business environment, you’ll want to dress in business casual attire, while a personal residence wouldn’t require as much formality.

You’ll also want to look into the target area’s crime rate. If it’s a place where there’s a lot of theft, assaults, or other violent crimes, you may want to choose a different location to attempt service if possible.

Bring a colleague or friend

The buddy system also applies to process serving. It’s just safer to go to unfamiliar places with someone else, and you’re also less likely to be the target of a crime if you’re not alone.

People generally don’t like being served process when they’re in a group of people or at work, so timing your service attempt well is key to a successful delivery. On the other side of that same issue, you also don’t want to be so alone with the service target that if they attempted to retaliate against you, no one would see. Choosing a public, yet discreet location during daytime hours is best for serving process.

Set the tone for the interaction by approaching the service target with a calm, relaxed attitude. Don’t clench your fists, cross your arms, or display any other body language that could be interpreted as hostile or provocative. Behaving and appearing relaxed usually encourages the service target to cooperate. If things do escalate, though, calmly back away from the target, state your purpose, leave the documents, and exit swiftly.

Unfortunately, the reality is that you may need to exit quickly while serving process, so knowing all the potential entrances and exits from the building where you are attempting service is essential. Map out exit routes ahead of time so you won’t be stuck trying to figure it out in the midst of chaos. If you ever feel unsafe or threatened, make your exit.

If you’re interested in working with a team that values your safety and success, contact us at Accurate Serve®, Sarasota County’s elite process server agency. We work all over Sarasota, Bradenton, and surrounding areas to deliver and retrieve legal documents. If you’re interested in a job where no two days are quite the same, being a process server for Accurate Serve® might be a good fit for you!