Can You Legally Serve Papers Through Social Media? 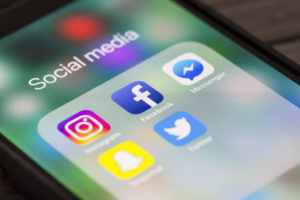 Traditionally, the service of the process requires papers to be served in person. But in today’s world that is so heavily driven and influenced by social media, judges are allowed social media service of process with more frequency.

The Changing Nature of Social Media

WhatsApp, meanwhile, is a newer app that allows smartphone users to connect with their friends and family for free, regardless of their distance. More than 1 billion people use it in over 180 countries, which explains why it has become relevant in process serving.

Lawyers and process servers cannot jump straight to providing legal papers through social media outlets. Instead, they must first exhaust all other possibilities, post-physical copies of the legal notice on the door of the individual’s last known address, and attempt delivery through registered mail. If all such efforts fail, smartphone messaging platforms become open for use if granted permission by the courts.

In October this was the case when R&D Pharmaceuticals attempted to recover a $43,000 loan from a business partner that continued to evade their service attempts. By matching photographs between the man’s identification card and WhatsApp display picture, R&D was able to confirm his identity and deliver his papers electronically. It worked, and they actually received a response back!

For professional and reliable service of process around the state of Florida and beyond, you can trust Accurate Serve Sarasota. The accredited process servers at Accurate Serve have been meeting the needs of legal professionals and individuals since 2009. Call us today to learn more; we’re here to make sure your papers are served properly, with or without social media.